Given enough time, Hydrogen will begin to wonder where it came from.
–Unknown

As a faithful proponent of Intelligent Design (ID), I once believed in its tenets and shared them with others. ID, I believed, was the best evidence we had to prove the existence of a designer, and believing in ID greatly increased my faith. Well, that is, until I realized ID contradicted its own hypothesis, and in a big way. 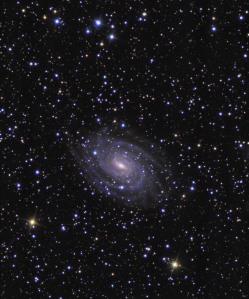 Put simply, intelligent design argues that certain forms of complexity (sometimes referred to as “specified complexity”) require a designer. And while ID proponents don’t care to discuss exactly who they think the designer is, it’s no secret that most of them believe it’s God.

One reason they don’t care to admit this is because it forces them to confess that God did not require a designer, which flies right in the face of the theory they are attempting to sell (it is also a logical fallacy known as “special pleading”).

ID proponents will attempt to claim there’s no problem with this special exemption, because God is eternal! And since God is eternal, they reason, there is no need to explain where his complexity came from… it just exists. (Which is like saying, “This complex laptop has always existed, and therefore requires no explanation!”)

Even if this is true, what a great curiosity is God, who exists without cause, and has advanced knowledge about everything without being taught. How does this work, exactly?

Nature, you say, is totally inexplicable without a God. That is to say, to explain what you understand very little, you have need of a cause which you understand not at all.
–Baron d’Holbach, Good Sense

And more importantly, if complexity can “just happen,” as it did in the rather mysterious case of God, then the ID proponent has no choice to but to admit that this mysterious event could’ve also “just happened” with humans — without cause or explanation.

The ID proponent essentially believes in a top-down creation, where a huge amount of complex and highly organized information (i.e. God’s “brain”) “just exists,” and then goes about creating less complex things.

Meanwhile, the materialist believes in more of a bottom-up approach, where unintelligent matter and energy “just exist,” and complexity and information gradually arise from these simpler elements.

(For a more detailed analysis, see the following question.)

No one is saying life isn’t complex, but while man’s complexity has a lot of requirements, a God will always have far more. Cells exist from active elements that exist throughout the Universe; man is built from cells, and acquires knowledge gradually. God is built of a mysterious supernatural substance that has never been observed, made of elements that are invisible, and somehow receives his knowledge magically.