17. Why does God allow children to suffer and die?

While I’ve previously touched on the problem of evil, I wanted to focus a bit more on what is perhaps the most heinous evil one can possibly imagine: the suffering and death of innocent children.

Each year, approximately 10 million children will die from causes such as birth defects, malnutrition, accidents, disease, SIDS, cancer, starvation, homicide, war, etc. The literal torture that some children must endure is absolutely unconscionable.

When children suffer and die, it forces us to ask some difficult questions:

If there is no God, then the suffering and death of children is just a cold fact of nature. Our brains perceive these events as sad and unfortunate, but nature is unthinking and indifferent.

But, if a moral God exists, then why do these tragedies continue as if there were no God? Why do children continue to suffer and die as if God is indifferent to the situation?

There are numerous explanations attempting to maintain God’s innocence in this case, so let’s take a quick look at each of them.

God always had the opportunity to say, “I refuse to create mankind, because it will result in the creation of evil and suffering.” By choosing to create us, God chose to create suffering where none previously existed. An all-good God should’ve chosen not to create us, since this would allow him to keep the amount of suffering in the Universe at absolute zero, and our uncreated souls would’ve been none the wiser.

2. “The natural world is under the curse of sin.”

In order to excuse God from the suffering he created, we sometimes try to place all the blame on man or Satan, saying, “It’s not God’s fault man sinned and let evil into the world!” But who defines the limits of mankind’s punishment? God! So why didn’t God just design a punishment that didn’t involve punishing innocent children?

For example, why not just kick Adam and Eve out of Eden and allow their sinless children to remain? Or allow Adam and Eve to stay, but punish them in the afterlife (instead of punishing them in this life and the next)? Or why not give children a greater level of protection outside of Eden? Or not allow them to feel serious pain until they’re older, or after they’ve sinned?

“If you then, though you are evil, know how to give good gifts to your children, how much more will your Father in heaven give the Holy Spirit to those who ask him!”
— Luke 11:13

Even we who are evil recognize that children should not be punished for sins they didn’t commit. And yet… they are.

3. “If God did not allow evil, then he would have to destroy everything that is evil.”

This all-or-nothing fallacy says that either all evil must exist, or it all must be destroyed — but surely there must be some middle ground.

For example, when Jonas Salk discovered a vaccine for polio, he lessened the number of suffering children in the world. He didn’t end all suffering, just some of it. Likewise, God could eliminate some kinds of suffering without eliminating all suffering, such as the suffering of children.

In fact, if God were truly benevolent, he would see to it that only the absolute minimum amount of suffering existed. Anything beyond that would be, by definition, unnecessary, and God would be malevolent for allowing it.

So was polio absolutely necessary? As believers, we have to say yes, or admit that it was totally unnecessary and that God is malevolent. But if polio was necessary, then why have we been allowed to eradicate a necessary evil? The fact that we can eliminate it suggests it was never necessary.

Similarly, thanks to improvements in science and education, the childhood mortality rate has been greatly reduced over the past 20 years. Was it really absolutely necessary for millions more children to die 20 years ago than today? If we can save them today, why didn’t God just spare them 20 years ago? These deaths appear unnecessary, because if we had these cures 20 years ago, they wouldn’t have all died.

4. “God rarely interferes with His creation.” 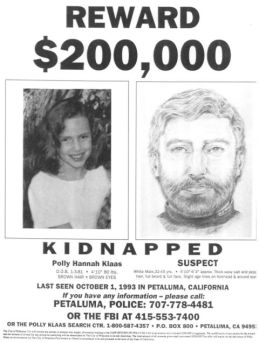 We Christians give thanks to God for every small thing. Why is it that God can help us with so many little things, but he can’t (or won’t) stop lunatics from raping and killing children?

If God and 99.99% of mankind are opposed to such behavior, why would God even allow it? If we’re all in agreement that we don’t need or want this much freedom, why does it exist?

Clearly, God offers us NO protection if he refuses to spare even the most innocent from the most evil. Does it stand to reason that God would want to save guilty sinners in the next life, when he won’t even save the most innocent in this one?

The Bible tells us we can identify a tree by its fruit (Luke 6:44). If God allows such atrocities against children, isn’t this evidence of bad fruit?

5. “If God stopped people from harming children, this would restrict our free will, and it might even prove the existence of a God.”

Most of the harm that befalls children comes from disease and environmental factors, not from malicious humans. Man did not design harmful viruses, bacteria, and natural disasters. Would it really destroy our faith or free will if we lived in a world without these things? Wouldn’t we still be free to lie, cheat, steal, assault, kill, destroy, and reject God without these things?

Consider the other natural limitations that God has placed on our free will. For example, we do not have the free will to live underwater. If we try, there are immediate and deadly natural consequences: we can’t breathe and we die! But there are no such natural restrictions on things like abusing children. Why not?

Why would an intelligent, loving God design a world that naturally prevents us from doing things that don’t matter, and then not protect the things that do? Is God more concerned about our going underwater than he is about protecting children?

6. “These children may have turned against God at a later date, so he took them early.”

If God put them here to make a choice, what good does it do to take them out before they make it? Why not take out every person before they turn against him?

7. “God is able to bring a greater good out of tragedy.”

No one ever says, “Boy, it sure is a good thing our son died!” or “It’s a good thing those 10 million babies died last year!” By all appearances, it’s a sad and unfortunate loss without recompense. While some good can come out of tragedy, it rarely seems enough to make up for the loss.

As a Christian, I may have been able to rationalize such loss if it always resulted in other people becoming saved; but it’s hard to imagine that such a scheme would work, or that God would kill children just to bolster salvation rates. (Why not just kill off vocal atheists?) 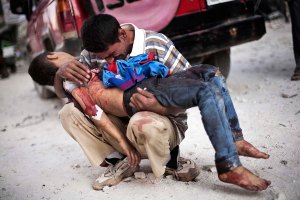 8. “The death of a child allows the parents to help others in a similar position.”

But if no children died, there wouldn’t be any parents in a similar position.

9. “God gives these children an eternity in heaven, which makes up for any and all suffering.”

In 1996, eight-year-old Michael Lyons was walking home from school when he was abducted by Robert Rhoades. Rhoades raped and tortured Michael for ten hours, stabbing him 70 times before slitting his throat and dumping him in a bush by a river. Now, I have to ask, what was God doing during those ten hours? Was he watching silently, more concerned about protecting his own identity and Robert’s free will than answering the terrified pleas of an eight-year-old? (Would anyone have noticed if Robert just died of a heart attack the day before? Or if he was never conceived?)

Maybe God did say to Michael later that same day, “Welcome to paradise! It’s all bliss from here on out!” And maybe Michael replied, “Yes Lord, but where were you just then? Why didn’t you stop him?” What could God possibly say? “Well… it won’t happen again, so that makes it okay.” How could someone who truly loves you allow for such a thing?

Saying that heavenly compensation magically turns a wrong into a right is like saying if Rhoades paid Michael’s parents one billion dollars, it would justify the crime. But it doesn’t. It still happened, Rhoades is still a child killer, and there will always be a time when God could’ve prevented it, but didn’t.

“You either have a God who sends child rapists to rape children or you have a God who simply watches it and says, ‘When you’re done, I’m going to punish you.’ If I could stop a person from raping a child, I would. That’s the difference between me and your God.”
— Tracie Harris, The Atheist Experience

10. “The Bible tells us, ‘Trust in the LORD with all thy heart; and lean not to thy own understanding.'”

When all the above rationalizations fail, the last resort is often to assume that God has a reason, we just don’t know what it is. I see a few problems with this answer.

Firstly, it’s not an answer, it just defers the question indefinitely and then assumes a reasonable explanation exists, despite all the evidence to the contrary.

Thirdly, this kind of argument can be used to defend any logical absurdity from any religion. “Stop doubting Zeus/Joseph Smith/Ahura Mazda/Muhammad/Jim Jones/Marshall Applewhite/Ra/L. Ron Hubbard/etc. and just accept that all these logical absurdities will be explained in the afterlife!”

Finally, and perhaps most profoundly, the Bible tells us that God’s creation testifies to His nature (Romans 1:20). If God is benevolent and cares for children, yet His creation testifies to the contrary (by killing children through disasters and disease), then God has borne false witness against himself. How can we choose to love God when His creation testifies that he allows for unnecessary and extraneous evil? If only men did evil deeds, then we might be able to make a case for God’s innocence, but this creation as it stands speaks to either a god of malevolence, or a natural indifference.

Again, if there is no God, then there is no difficulty reconciling nature and suffering. Nature is indifferent and unintelligent, and that leaves no one to stop the cruel deeds of damaged minds or the devastation of natural disasters or disease.

However, if God exists, then we face a logical conundrum: why would a good God allow such evil things to happen to children? If he loves our children more than we do, why would he create a world filled with devastation and not safeguard them from it?

Would you stand idly by as someone molested, mutilated, and killed your child? If you then, though you are evil, would rescue your child, how much more should your Father in heaven if you ask him? But he doesn’t. He creates a world where it can happen, and then stands idly by as it does.

“Why should I allow that same God to tell me how to raise my kids, who had to drown His own?”
— Robert Ingersoll